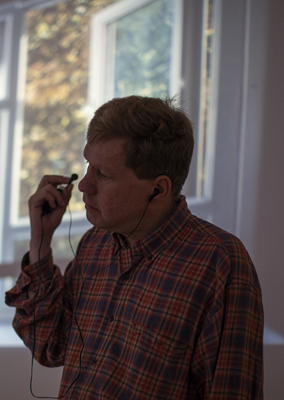 In late August we started a month long R&D project with Cardboard Citizens, a London based theatre company working with and for homeless people. We were brought on board by Project Manager Tony McBride as Visual Designers for a verbatim theatre piece entitled Street/Life. After 3 week of devising the piece with Director Terry O’Leary, Designer Joanna Layla and Sound Designer Tom Yardley we did a 3 night sell out run with a cast of 8. We went predominantly analogue for the project using slide projectors to present character motifs. More info here