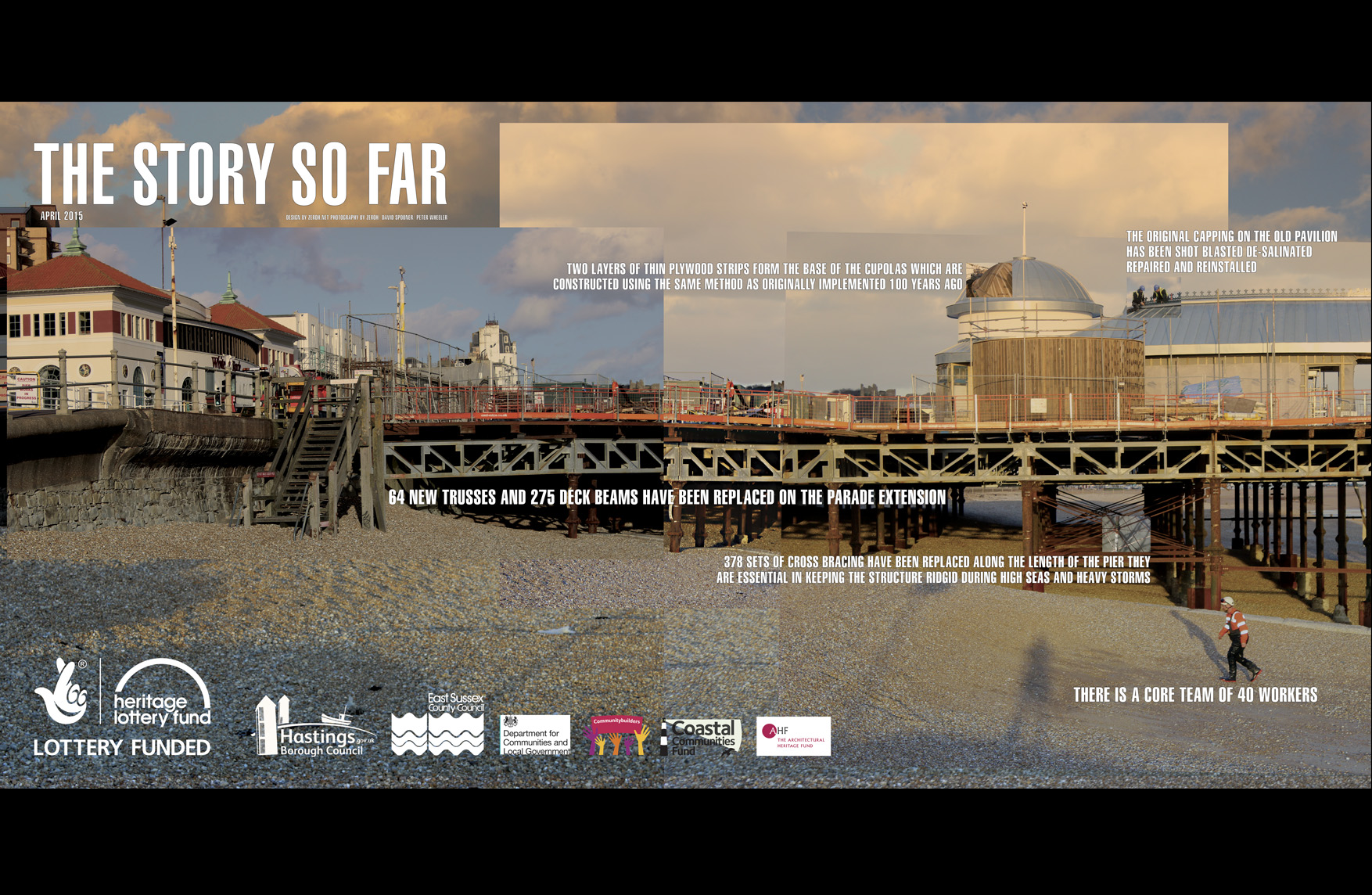 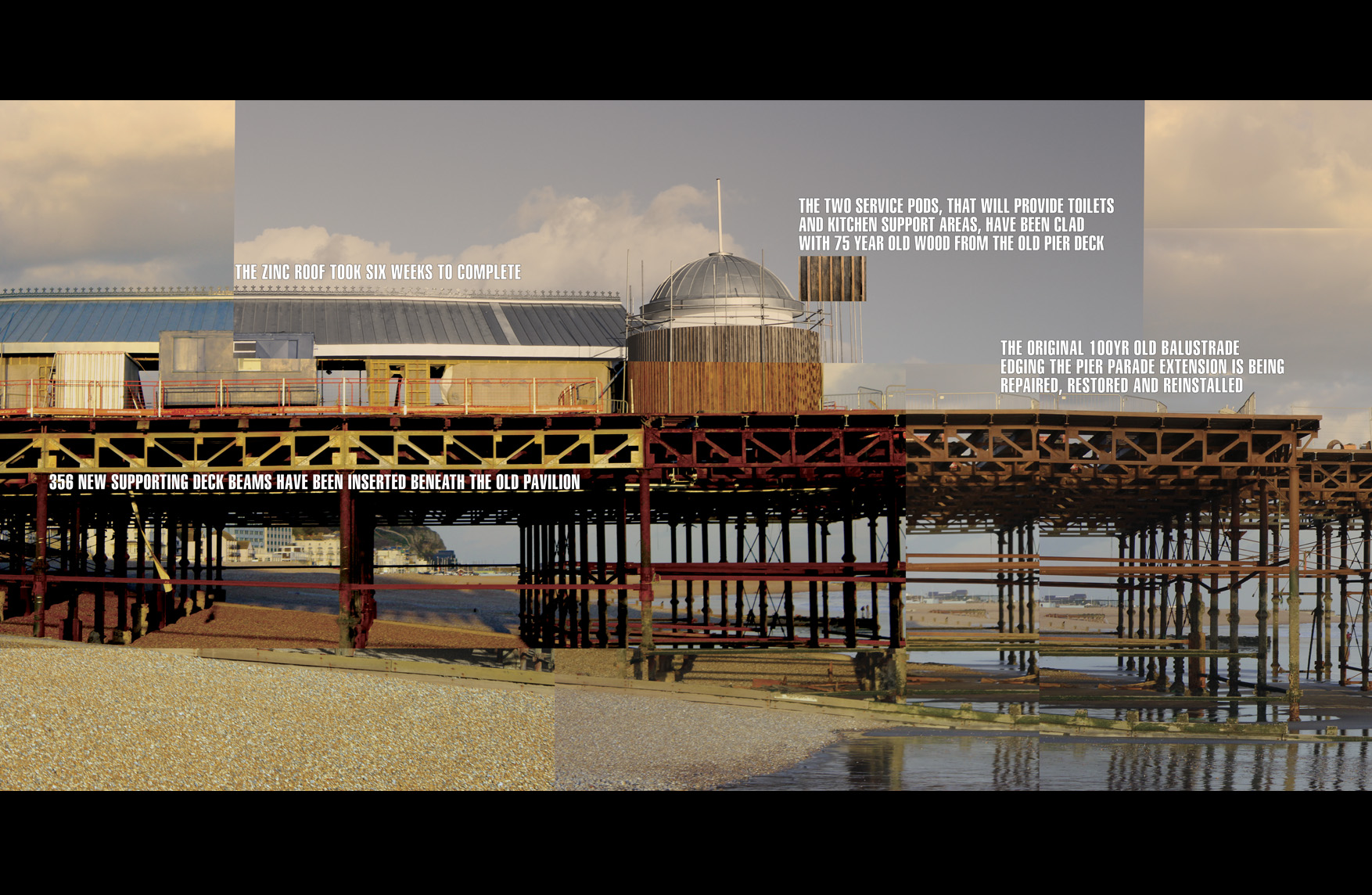 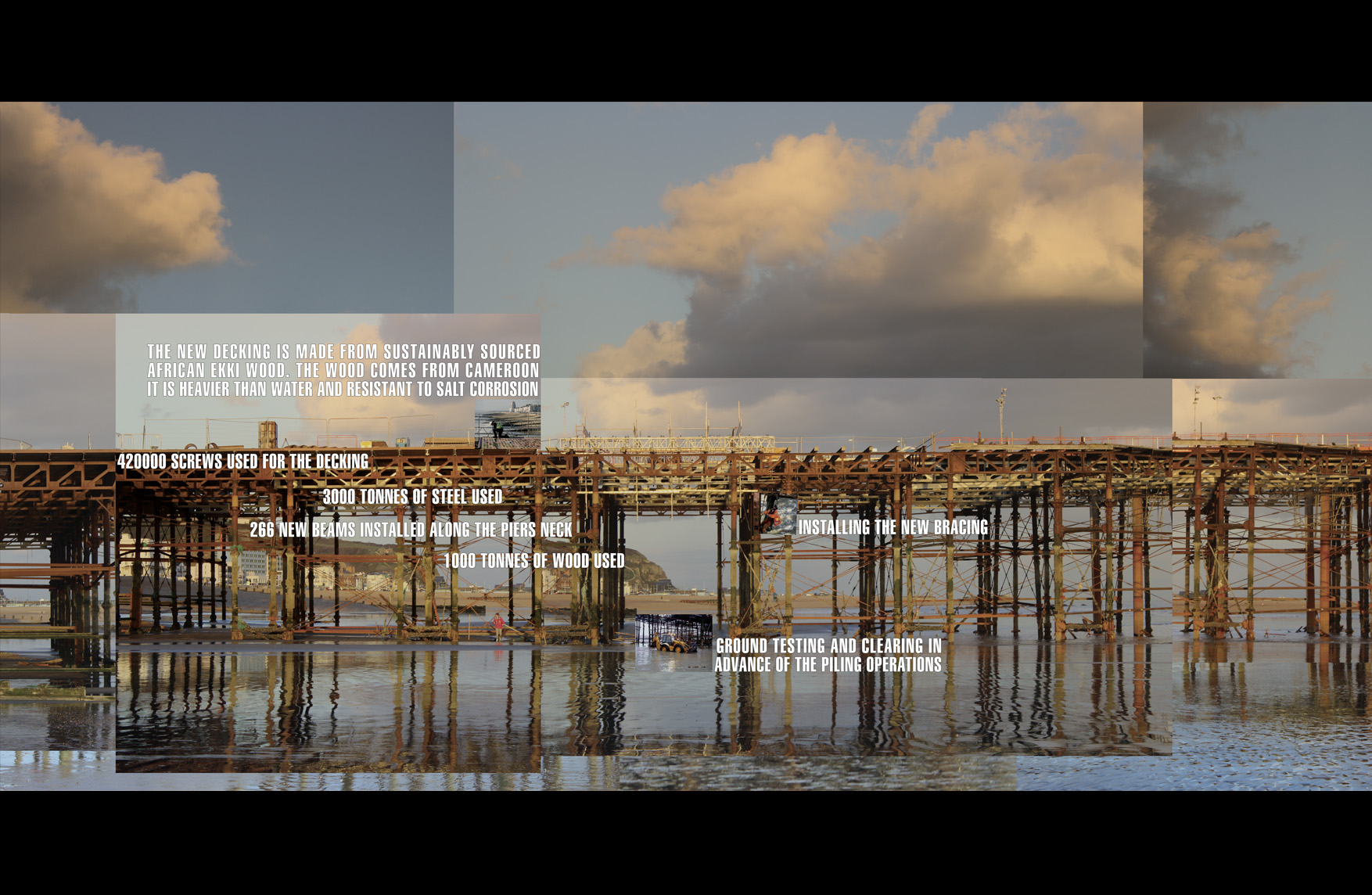 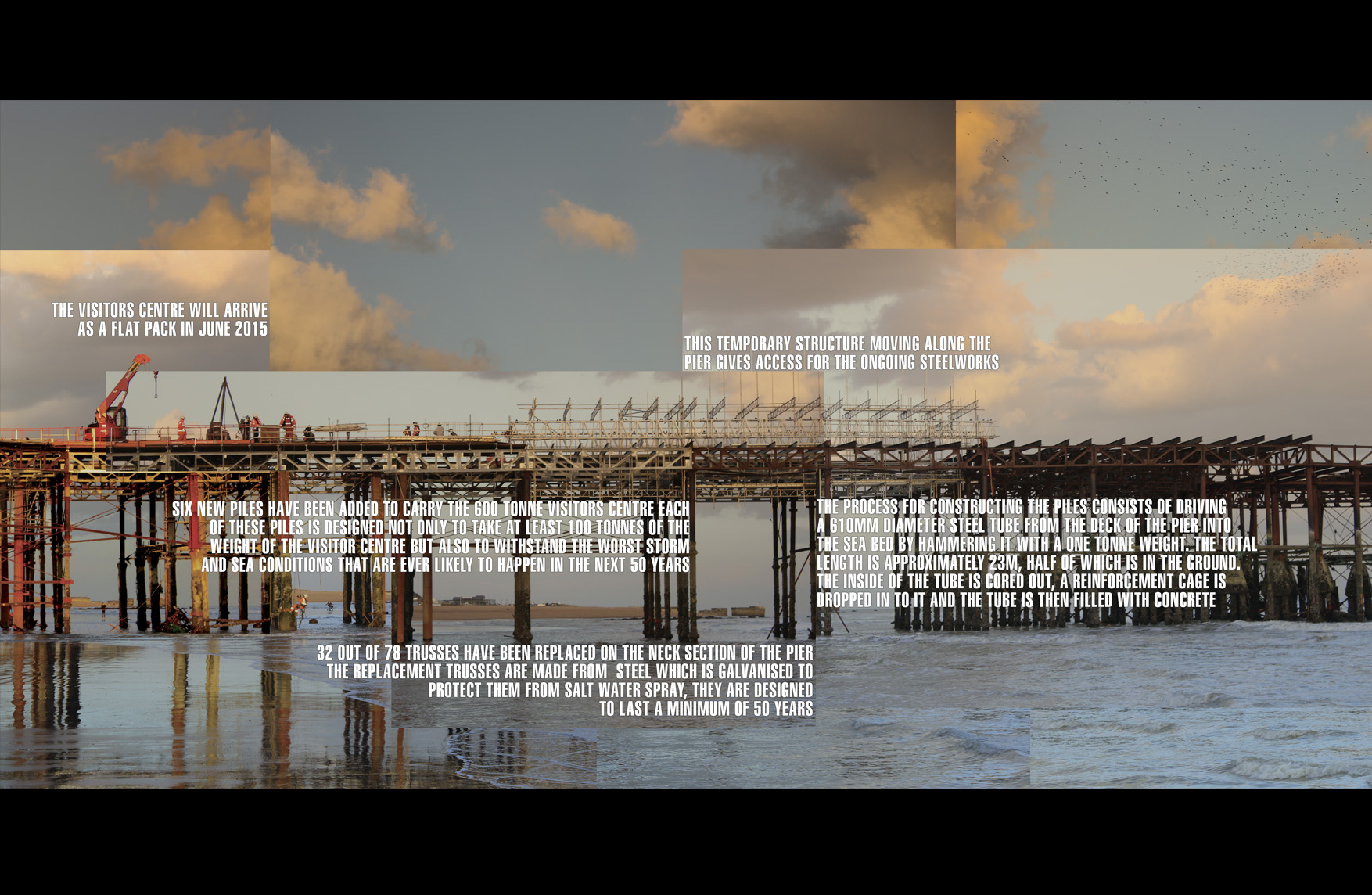 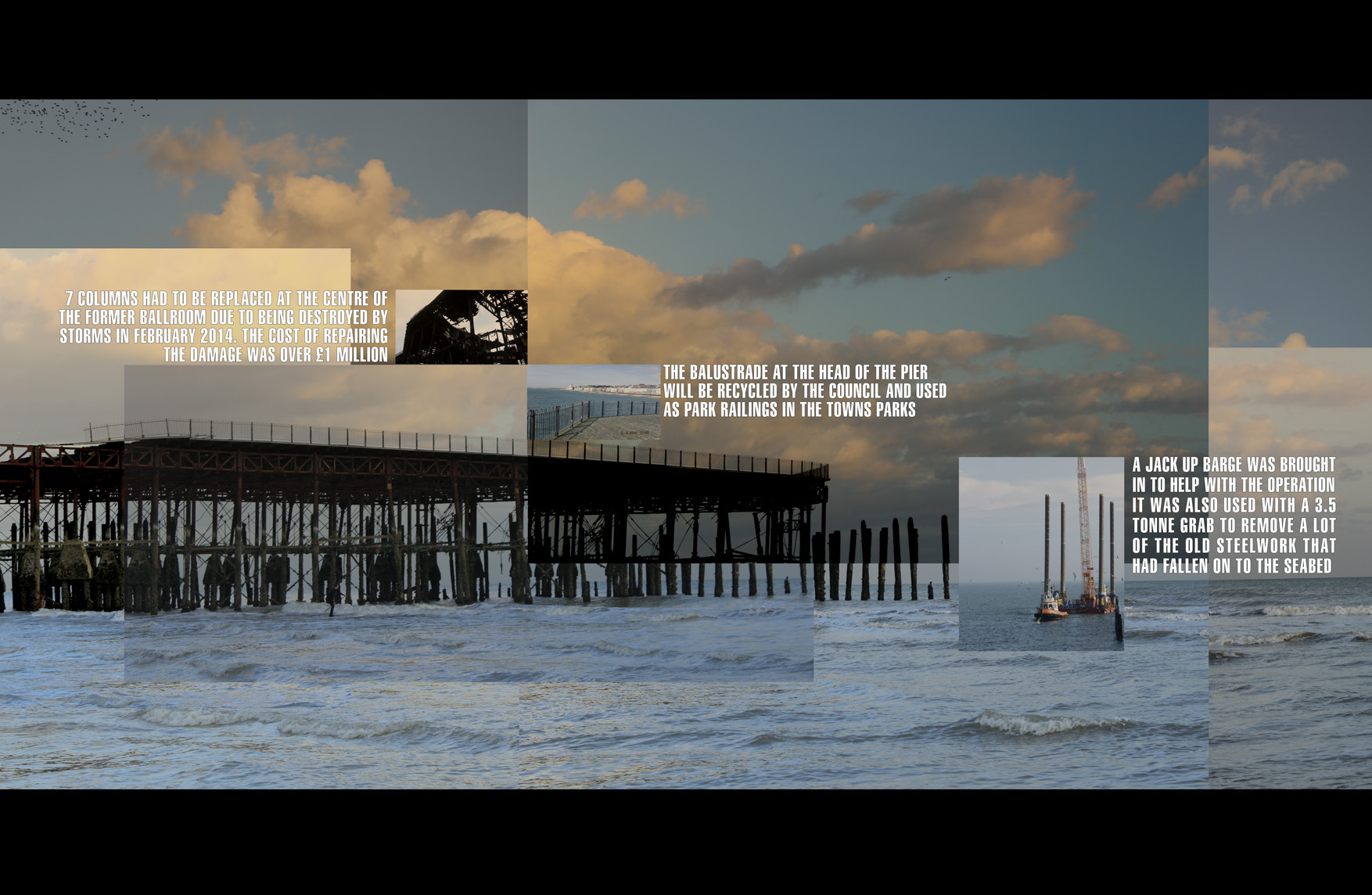 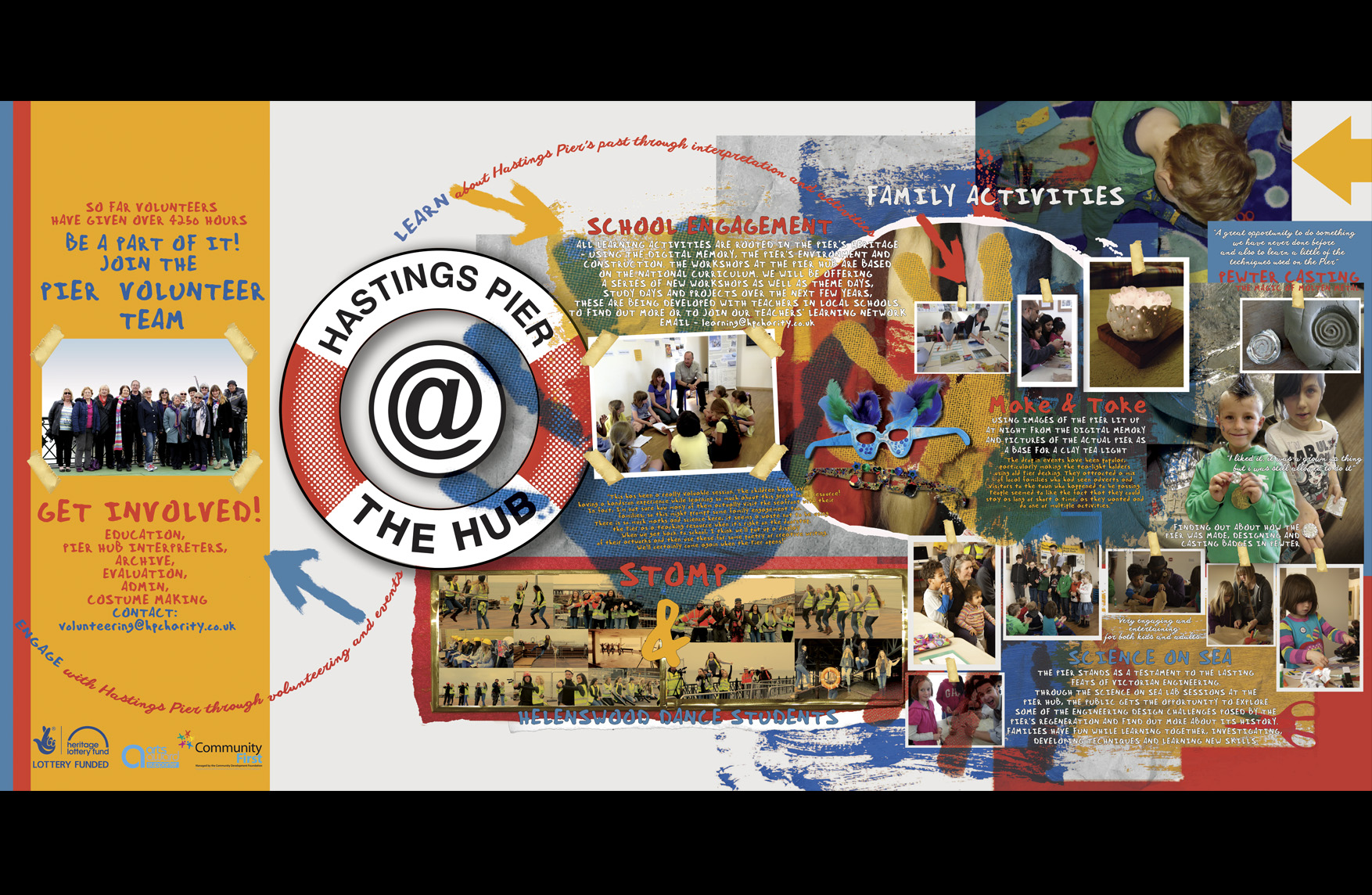 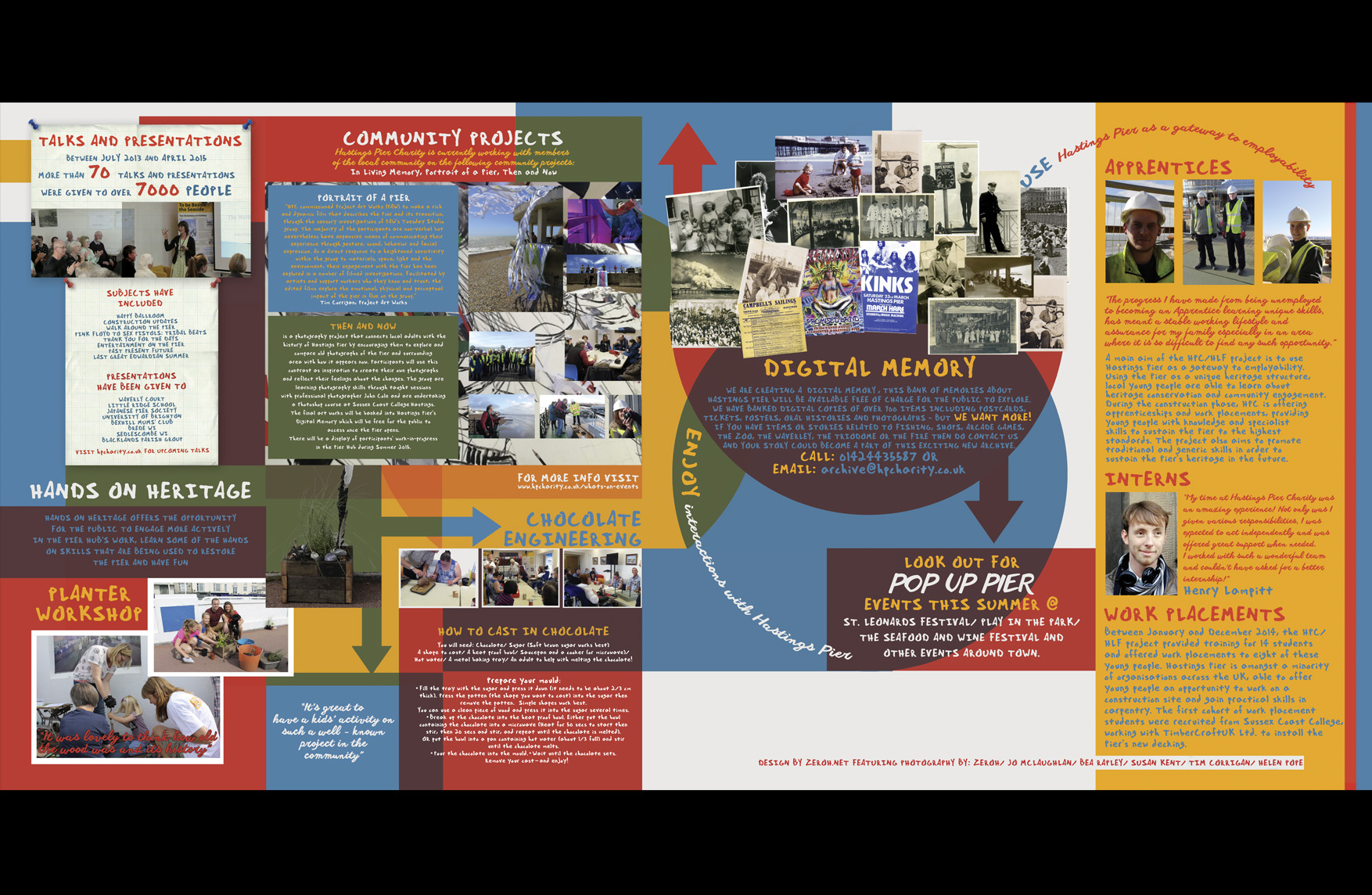 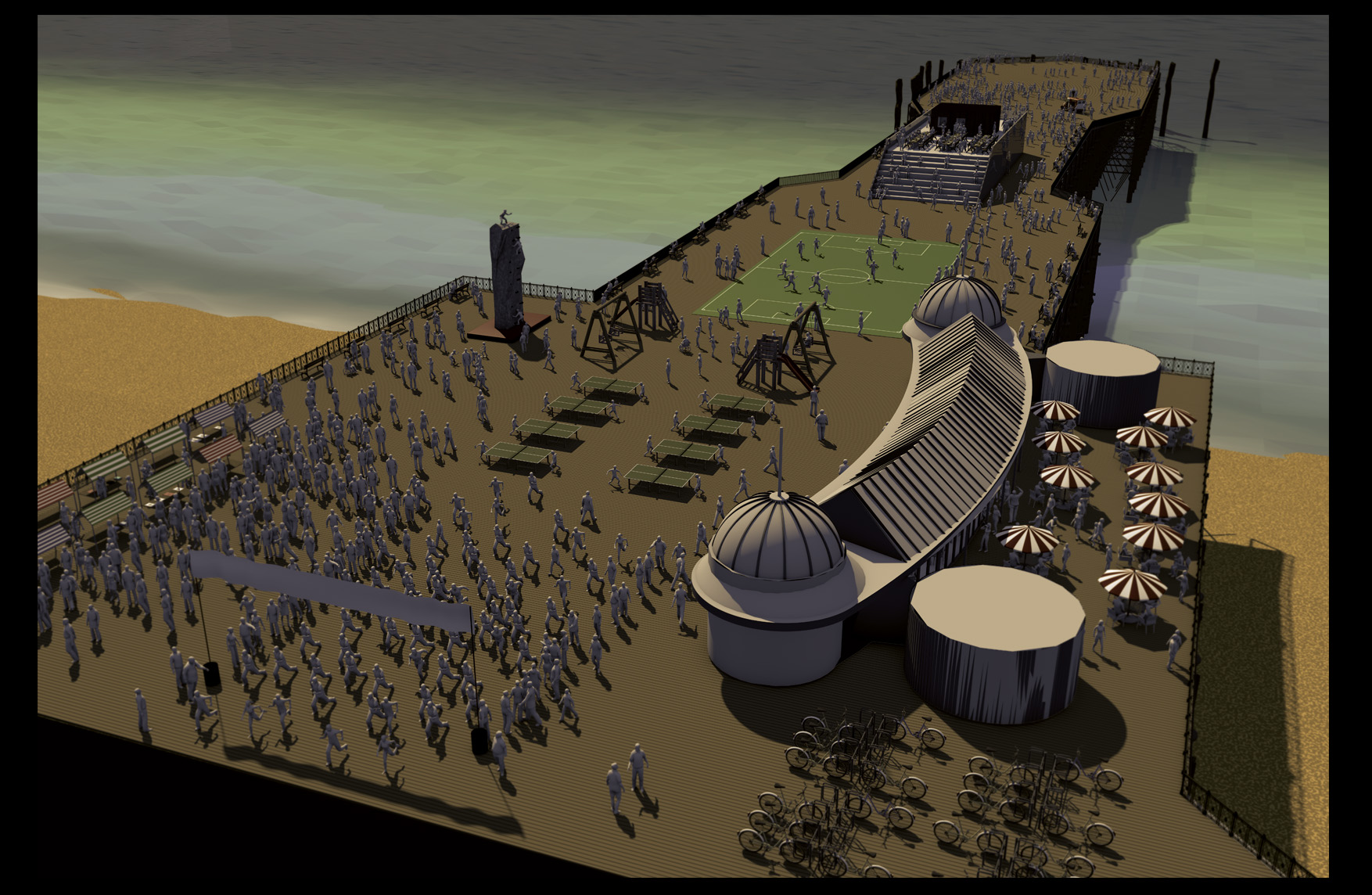 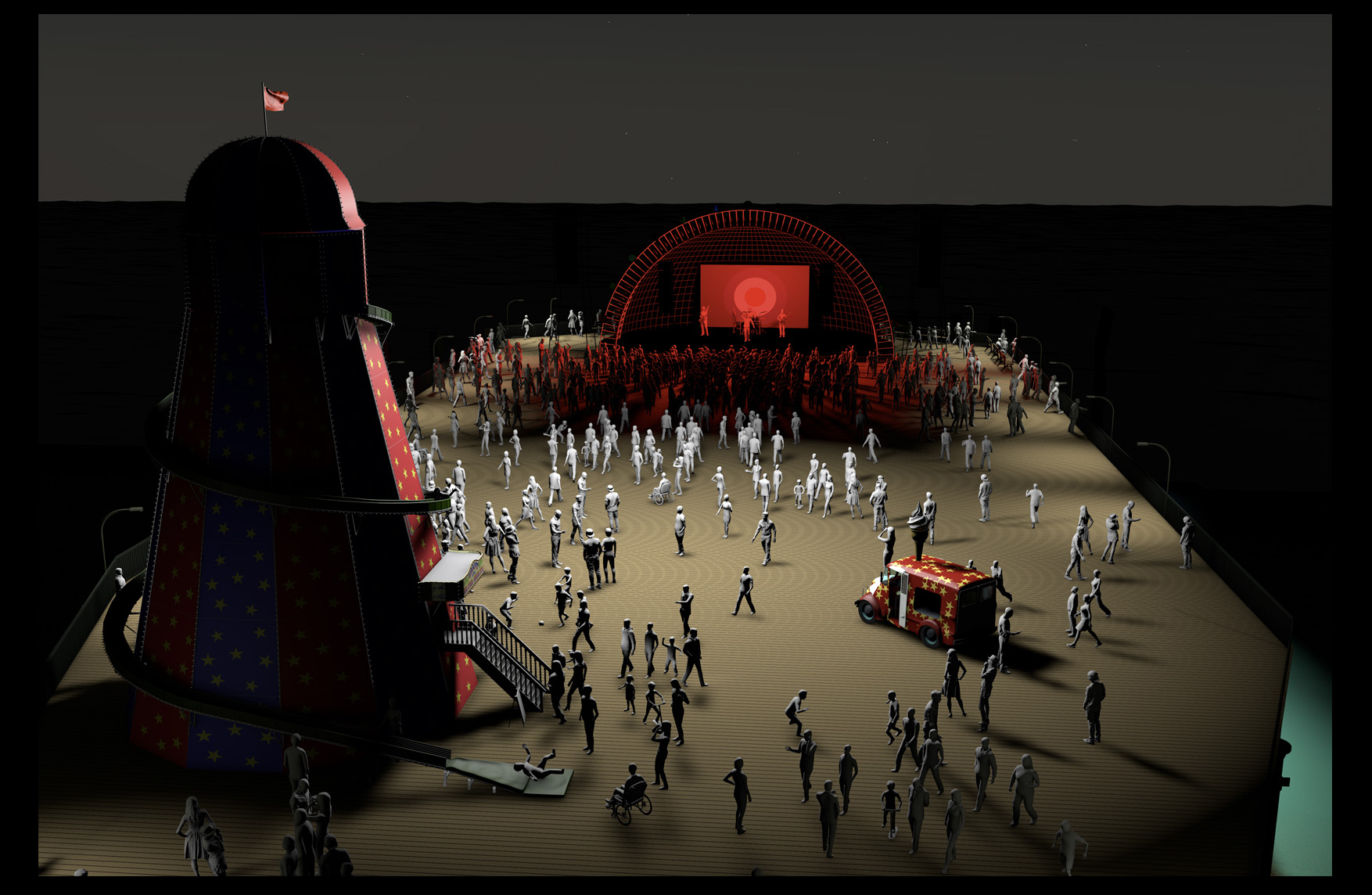 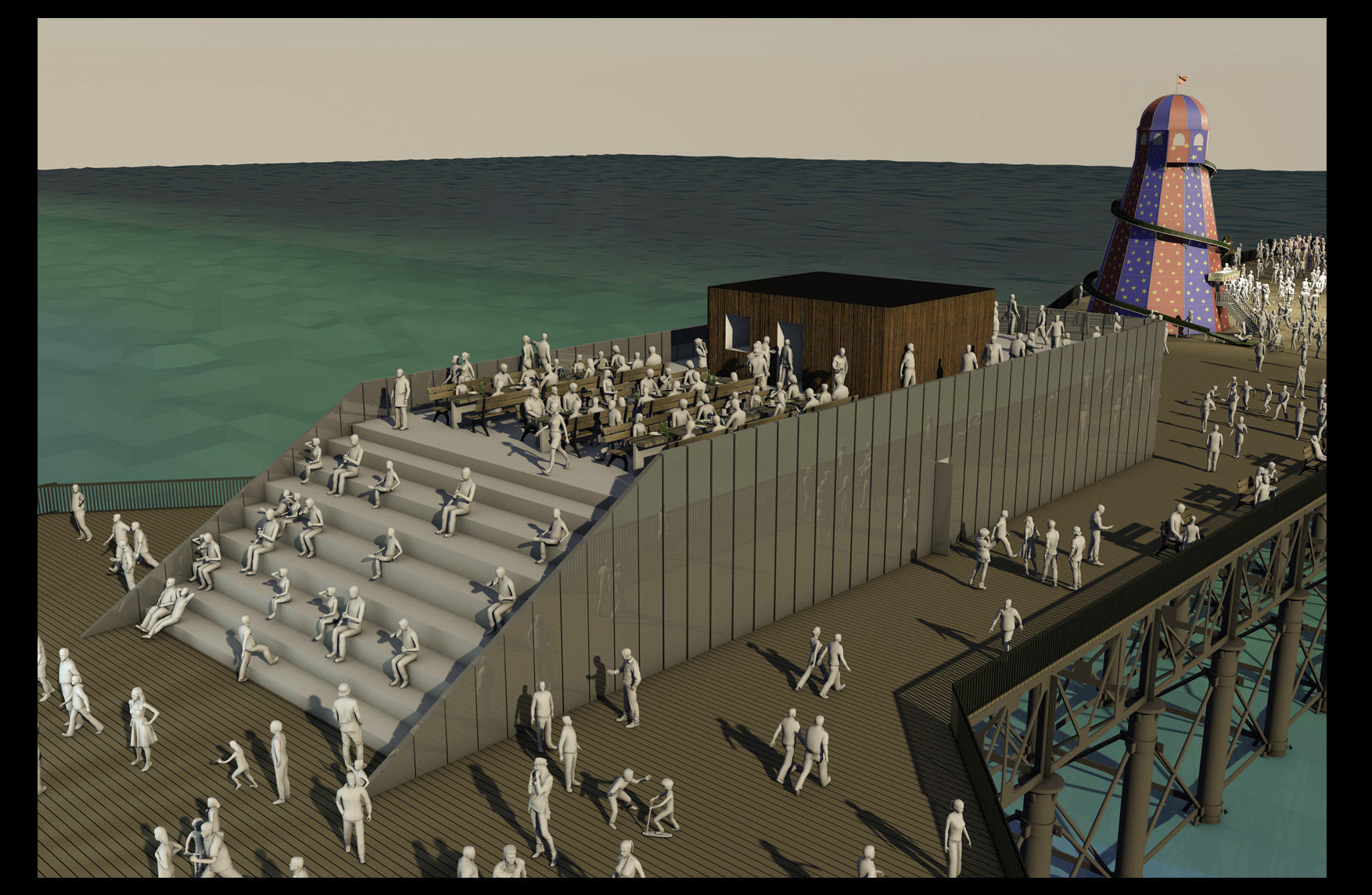 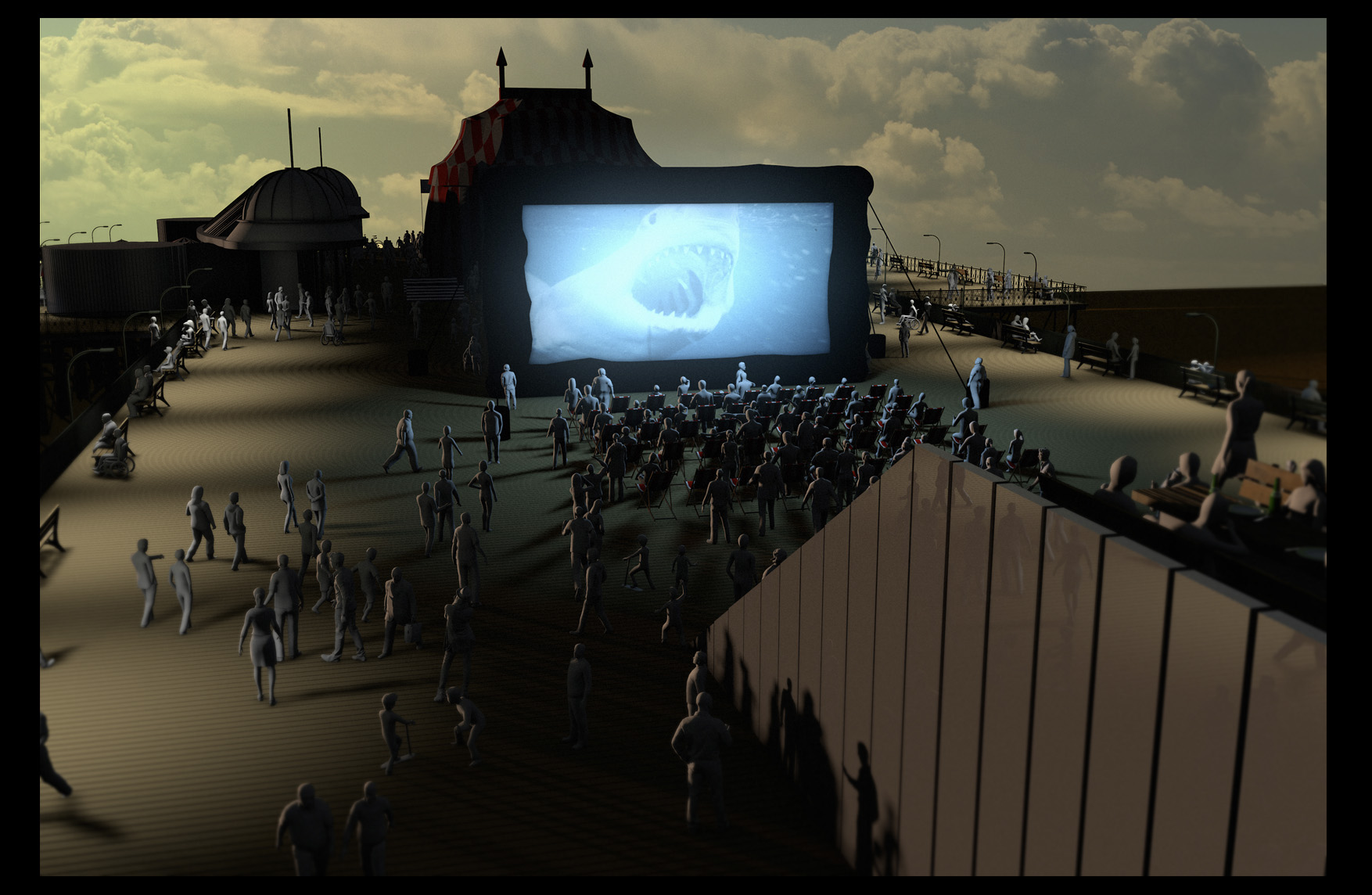 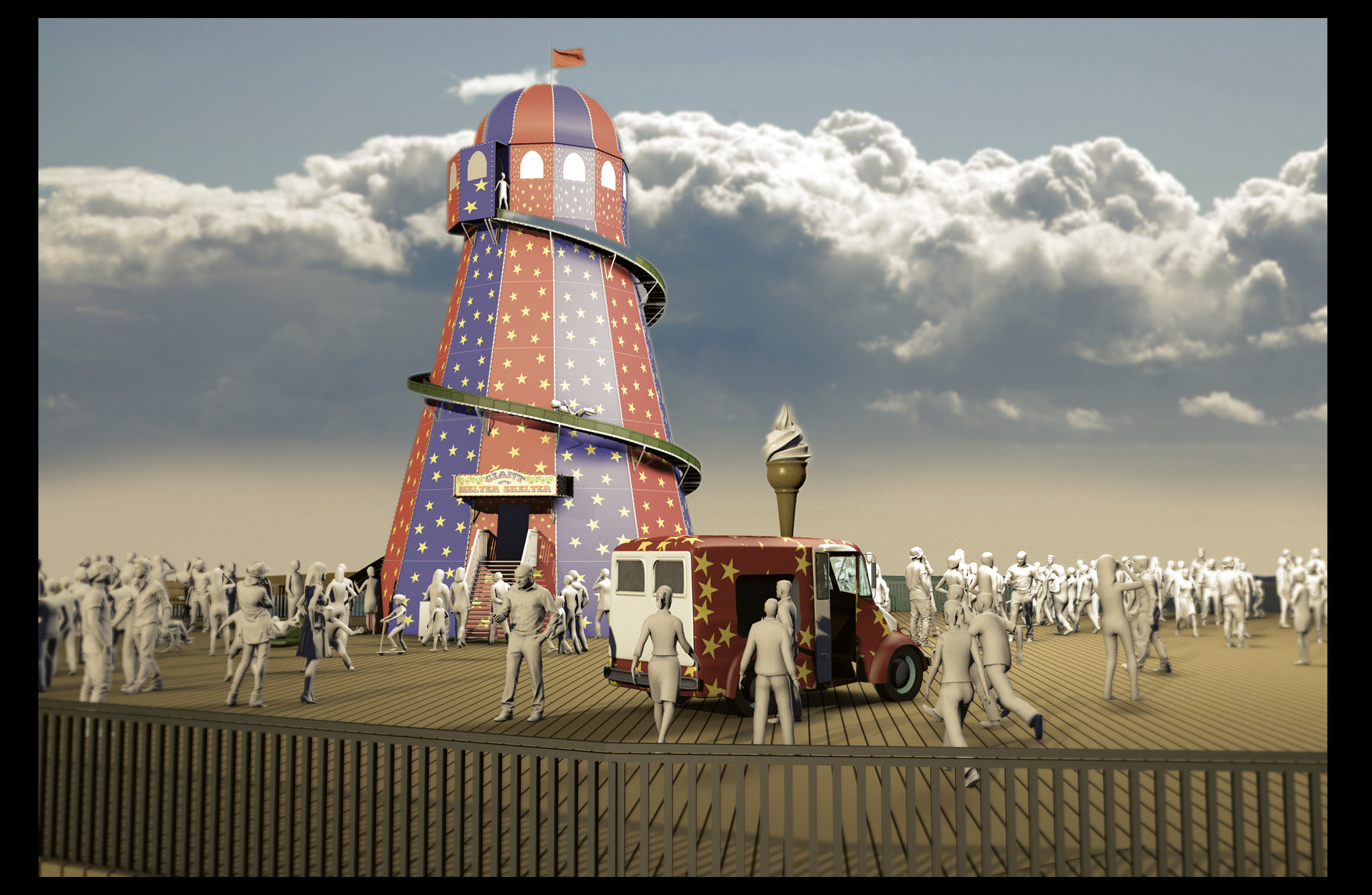 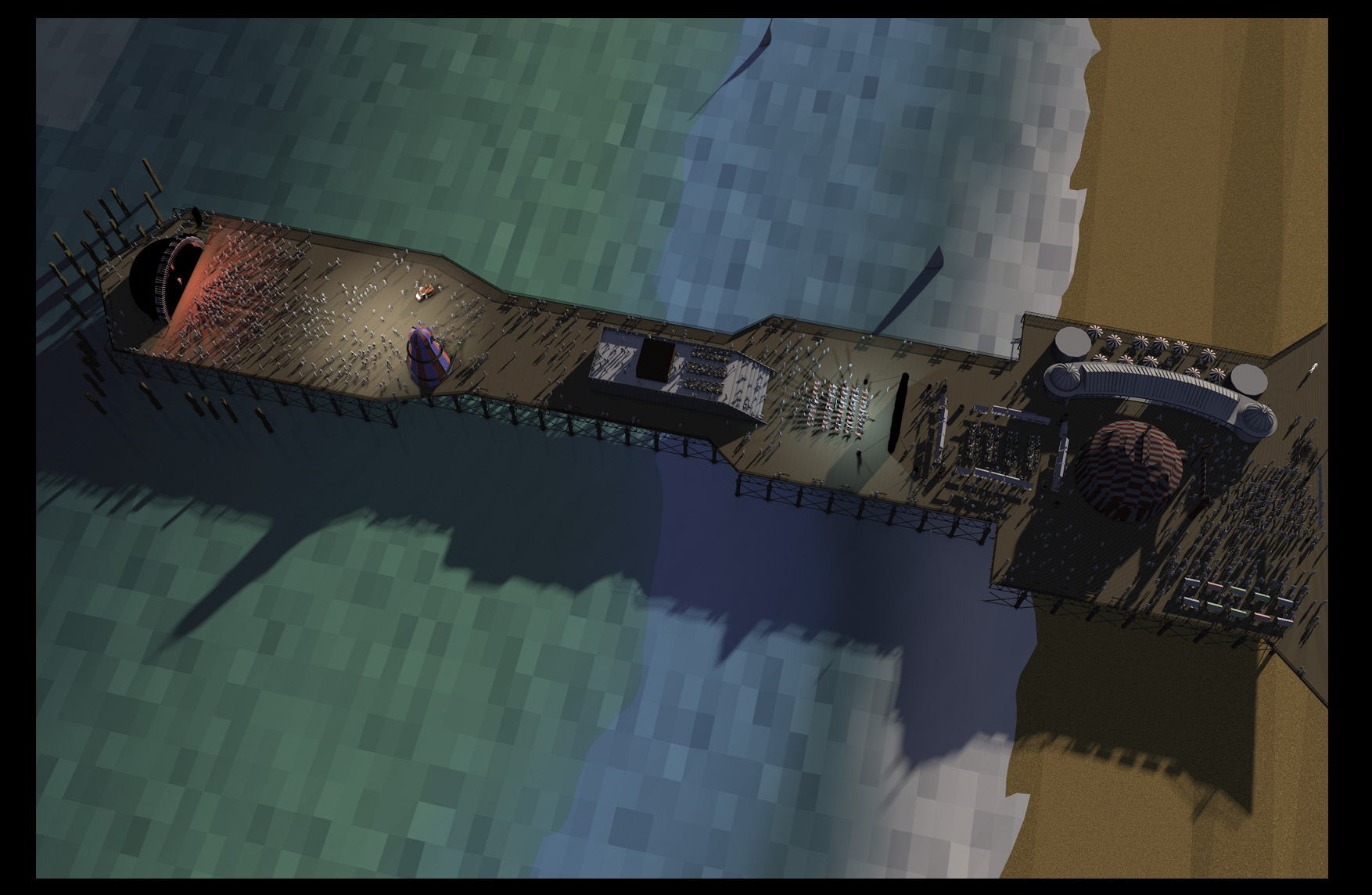 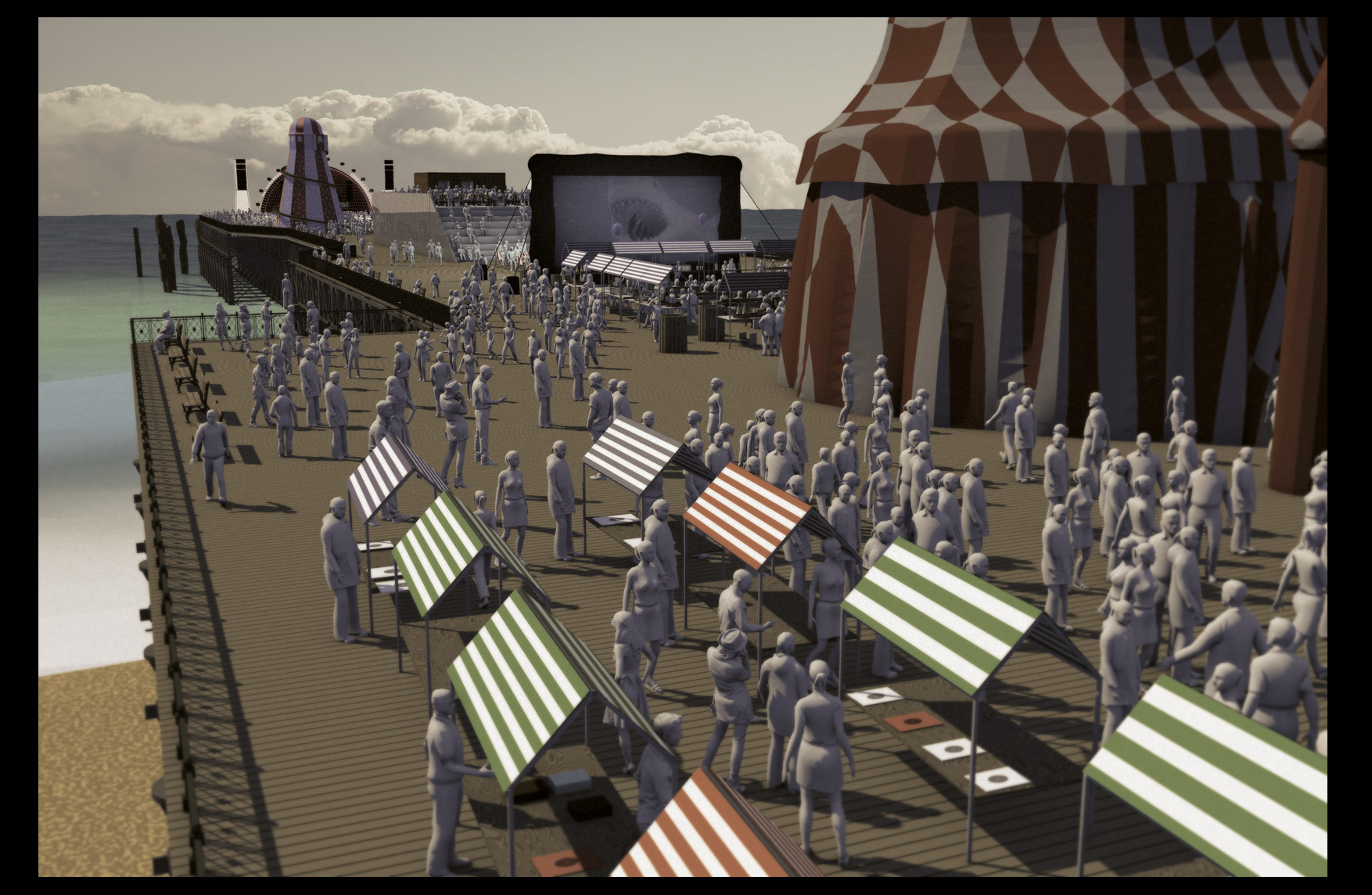 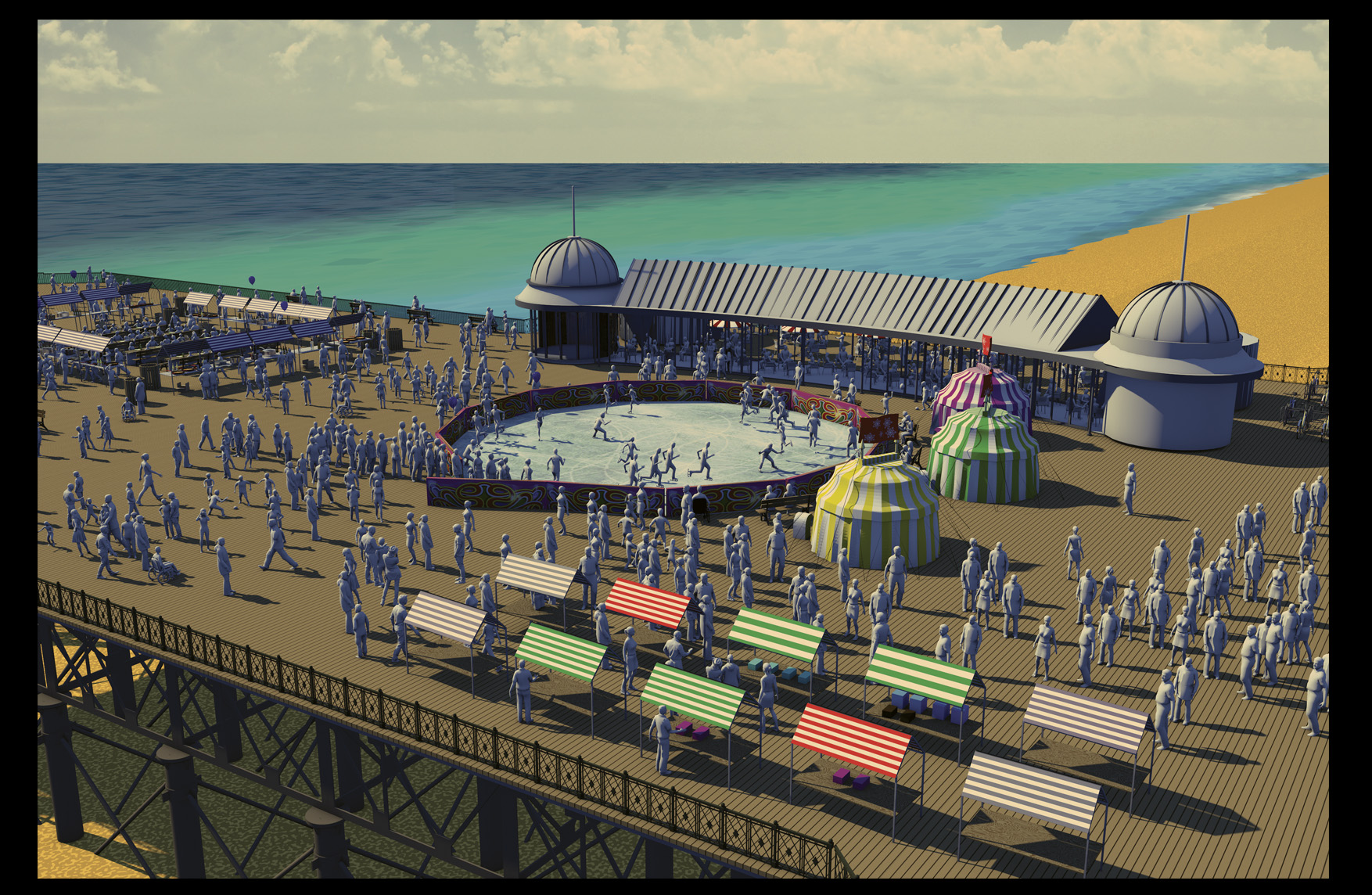 With the announcement on the delay of the opening of the Pier in Hastings being made public and the Pier charity’s first AGM, with public shareholders, imminent we were asked to rethink the Pier hoardings again. We discussed the prospect with CEO Simon Opie, creating new artwork for the 24 metres of frontage, and decided to work on the 3 themes of ‘Work in Progress’, ‘Public Engagement’ and ‘Future Vision’.
We also created 3 simple animations of the hoardings for presentation at the AGM which can be viewed on the Pier Charity’s You Tube channel.

For the ‘The Story So Far’ set of hoardings we took a series of photographs the full length of the Pier to create a ‘joiner’ photomontage and incorporated photos taken by the crew working on the redevelopment. The 15 meter long image also features facts and figures about the project giving the public an insight into the achievements and issues of the project so far.

The ‘Public Engagement’ section focuses on The Pier Hub, which is where all public interaction takes place. The Hub runs workshops and exhibitions relating to the Pier’s re-development and history on a weekly basis and has proven to be a great success. The panels reflect the vibrancy of the Hub and the work that goes on there as well as details of how the public can become further engaged.

For the ‘Future Vision’ we constructed a 3D model of the pier and populated it with a wide variety of possible uses for the space, which has been likened to an Urban Park by CEO Simon Opie. The inspiration behind the Pier’s design and usage is explained in the video accompanying the hoardings, which features a conversation with Simon along side a closer look at the images featured on the hoardings.